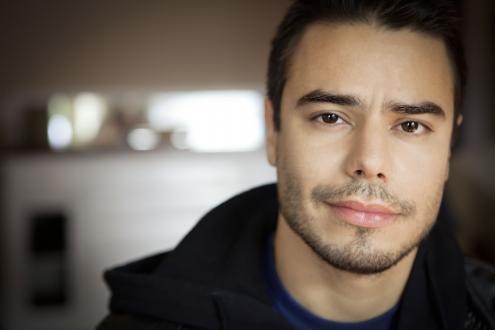 Francisco Ramos is one of the top 10 finalists from Last Comic Standing Season 9, has appeared on @midnight at Comedy Central, appears as Ramon on Netflix’s “Lady Dynamite” and recently won the NBC Cozi TV Comedy Festival. He is also the voice of the Lead Marmoset in the movie “RIO” with Anne Hathaway and Jesse Eisenberg. He has toured worldwide as a standup comic, including going to Afghanistan to perform for the US troops. He appeared in the Byron Allen syndicated show “First Family”, has appeared in several sketches for the Jimmy Kimmel Live Show, and is also a part of Steve Carell’s TBS pilot episode of “Tribeca”. Originally from Venezuela, Francisco moved to Washington D.C. in 1994. He graduated from the University of Maryland in 2004 with a double major of Finance and International Business. However, after a short-lived desk job, Francisco realized that his passion was comedy. Since then, he has been selected to perform in the CBS Multicultural Diversity Showcase, where he was one of 12 selected from a pool of 5,000 applicants. He has also appeared in NUVO TV’s show “Latino 101″ and in the movie “Marmaduke” with Owen Wilson and George Lopez. Francisco Ramos performs regularly at the major comedy clubs in Los Angeles such as the Comedy Store, Comedy & Magic Club, Laugh Factory, Improvs. He worked as one of the writers and host for the 123UNODOSTRES channel show “Bashtag”, and is on route to become one of the top comics in the industry.