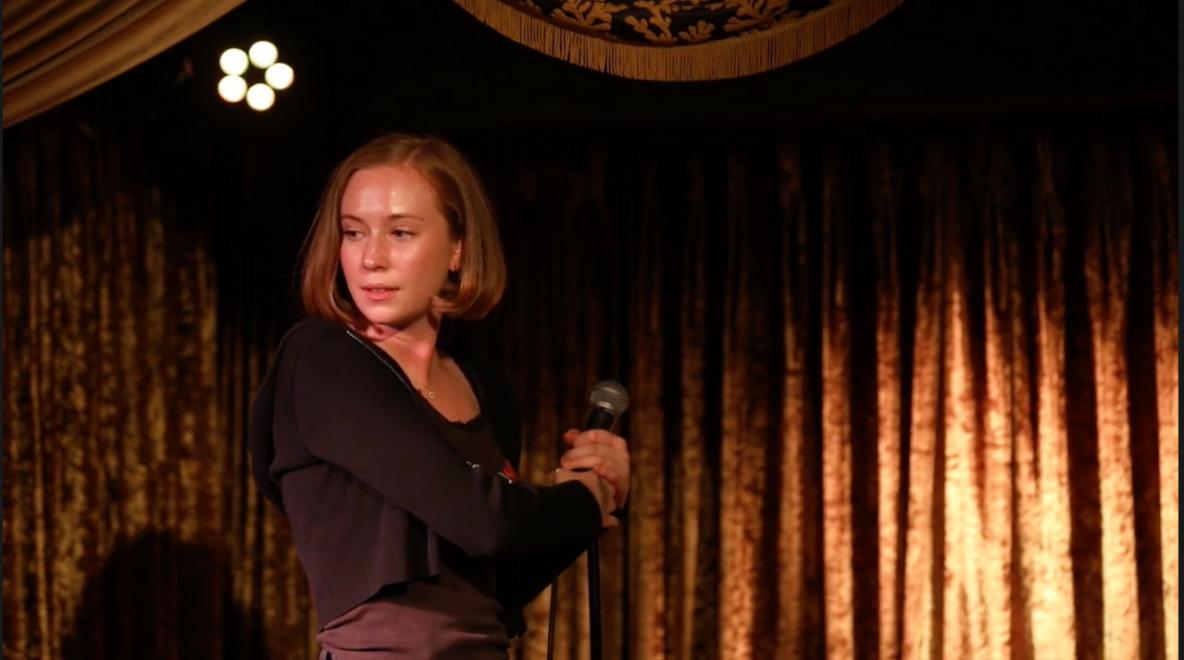 It's strange writing a description of myself in the third person, as if i’m not the one writing it. "Einbinder did this!" "Einbinder did that!" It just feels very fascist-dictatory. Also, 'dictatory' is a word. Starting now...I mean! What kind of psycho would say something like, “Hannah Einbinder was a 2019 New Face of Comedy in Montreal's prestigious Just For Laugh’s comedy festival. Einbinder was named one of Vulture’s Comics to Watch of 2019, and has opened for Chelsea Handler, Dana Gould, Demetri Martin, and Reggie Watts, to name a few. Einbinder recently made her Network Television Debut doing stand up on The Late Show with Stephen Colbert, and frequently plays colleges, theaters, clubs and strangers' living rooms all around the country.” Sounds like something the Joker would write about himself on a computer at the Library. Anywho, thanks for dropping by. I hope you're happy.