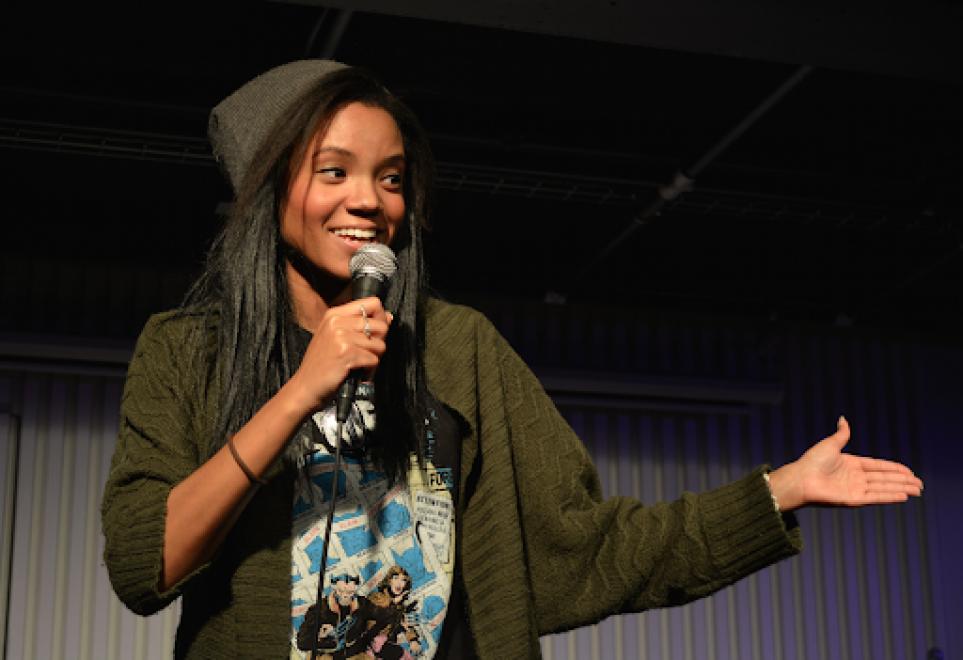 Jhanelle is a Jamaican-Canadian from Toronto, Canada, currently living in New York City. Notable appearances include Field Trip Festival, Toronto SketchFest, Just For Laughs, JFL42 and CBC. She has opened for The Sklar Brothers and Bert Kreischer in Toronto, which isn't a “real” credit per se, what really matters is that as a kid, her mom told her that her last name spelled backwards is “Sinned”. She can't stop thinking about it. She currently hosts a podcast with Jacob Derwin about failure and desperation called "I'M TRYING!"