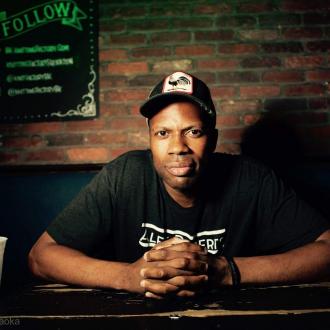 Jon Laster is a New York City based comedian who originally hails from Denver Colorado. He graduated with a BA from Colorado State University. Shortly after, Jon moved to New York City to realize his dream of being a Comedian. Jon quickly moved up the comedy hierarchy and established himself as one of the funniest comedians and most sought after host. After just six years, Jon has taped three season’s of BET’s Comic View, hosted the first and second Underground Comedy Festival held in New York City, completed a one year tour with the NACA showcase, and will soon appear on Comedy Central’s Premium Blend. In addition Jon finds the time to host his own weekly comedy room in Clinton Hill/FT Greene Brooklyn, which also happens to be the longest running comedy room ever in Brooklyn.