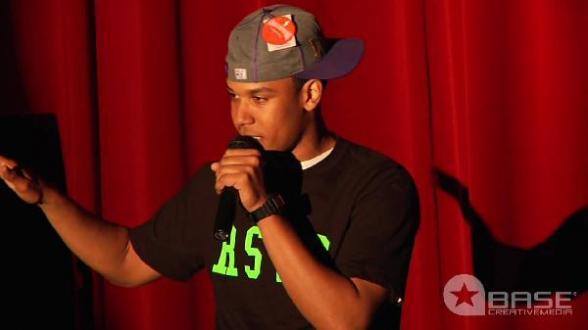 In a short amount of time, Rob Haze has become a rising star in stand up comedy.  The Atlanta native began his stand up journey while studying Political Science, at the University of Georgia. There he would host and perform at many talent shows, pageants, and step shows. He went on to win the Athens Last Comic Standing contest. Robert moved back to his hometown Atlanta, Georgia to further his comedy career. With a sense of humor that is full both of clever wordplay and references to popular culture, there is no wonder why Rob has become a favorite at the Laughing Skull Lounge, Punchline, and Uptown Comedy Corner.  Rob uses his gift, to help others as well; in 2012 he won the Autism Laughs charity competition. He also was a writer and star of a (local) sketch comedy show called Cabbagetown. In 2012, Rob began to branch out from the Southeast, and was a finalist in the Bay Area Black Comedy Competition in Oakland, California.  He was a 2012 Finalist in the NBC Stand Up for Diversity contest and will be joining them on their 2013 college tour. There are no racial or age limits to Rob’s comedy as he likes to bring people together rather than tear them apart.