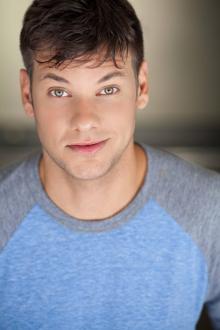 THEO VON can be seen in his very own Netflix original comedy special titled, NO OFFENSE. Previously, Theo was the host of TBS’s hidden camera show DEAL WITH IT from EP Howie Mandel, which ran for three seasons. He also hosted Yahoo’s popular daily recap show PRIMETIME IN NO TIME - one of the most-watched shows on the web with nearly one million views per day. Recently, Theo made appearances on INSIDE AMY SCHUMER and WHY? WITH HANNIBAL BURESS.   Theo’s podcast titled, ALLEGEDLY is one of the fastest growing comedy podcasts and is consistently in the top 10 on the iTunes charts. Theo and his completely opposite best friend Matthew Cole Weiss, compete to see who has better "alleged" tales of celebrities, hilarity, trauma, dating, success and failure from their years living in Hollywood.   Theo is the genius behind CrankTexts.com, a website where he texts random numbers and gets into conversations with total strangers. CrankTexts was a weekly featured column on CollegeHumor.com. and has had 10 million page views and averages 18 clicks per visit. In addition to his upcoming NETFLIX special, Theo has had a half-hour Comedy Central special, has made appearances on ARSENIO, LAST COMIC STANDING, was the winner of Comedy Central’s REALITY BITES BACK, and LIVE AT GOTHAM.